Every day, Hivos stands in solidarity with courageous women and girls in their quest for gender equality and a world where diversity is celebrated. We highlight their remarkable achievements on many different fronts, realizing that gender equality is intimately connected with sustainable development, while tackling gender inequality is crucial for climate action.

Advancing gender equality in the context of climate change and its impacts remains one of the most significant global challenges of our time. And we also know that women and girls continue to experience structural inequality and vulnerabilities caused by cultural norms, lower socioeconomic status, and disproportionate exclusion from decision-making positions and arenas. More so, only one-third of leadership positions under the Framework Convention on Climate Change, Kyoto Protocol and Paris Agreement are filled by women. Even those countries that have gender-responsive climate action policies often fail to implement them, and also have limited capacity to evaluate the impact of such policies anyway (Nyasimi et al., 2018; Tramutola, 2019; Singh et al., 2021). Further research shows that only 1.5 percent of overseas climate-related development assistance identified gender equality as a primary objective.

This year’s IPCC report (chapter 18) makes it clear that climate change intensifies existing social and economic inequalities linked to gender, age, race/ethnicity, and geographic location, and has the greatest impact on the most vulnerable groups. Women and girls, Indigenous people or other minority groups, low-income households, and vulnerable regions and countries are the most affected. In particular, indigenous women and girls, rural women, and women migrants and refugees, face multiple and intersecting forms of discrimination and marginalization caused by climate change, such as displacement, loss of land or livelihoods, and rising poverty and inequality.

However, there are multiple paths that communities, nations, and global bodies can follow to balance unequal power dynamics and foster inclusive decision-making. For example, women’s relationship with and dependence on ecosystems and biodiversity, land, and food security puts them at the frontlines of climate action. But they need more engagement, resources, and capacities to close the gender gap in leadership, especially in climate policy and financing processes. Similarly, even though SDG7 (affordable and clean energy) does not include an explicit gender equality target, energy remains a key a driver of economic development and is closely linked to domestic work and the participation of women in the energy sector. Consequently, achieving both SDG 7 and SDG13 (climate action) means significantly improving women’s fundamental rights, including their health, well-being, and livelihoods. At the same time, women and girls and other affected communities are key drivers of change, and their role in shaping and leading sustainable development and climate action cannot be underestimated.

For truly just climate action and a just energy transition, women and other marginalized groups must have a say in what happens, as they – the smallest polluters – are the ones most disproportionally affected by the climate crisis. Consequently, we must amplify grassroots and local voices, build movements, and implement solutions led by women and girls, Indigenous Peoples, and other marginalized communities.

Recognizing the urgent need for these concrete and bold actions, Hivos is combining the expertise of its two impact areas, GEDI and Climate Justice, to promote women’s leadership and participation in climate governance and the energy transition. Our work on Climate Justice provides clear opportunities for leveraging GEDI objectives to tackle inequalities in access to resources, assets and services, and to increase women’s effective political participation and leadership at all levels of climate action. This combined approach greatly enhances our ability to focus on women’s political and economic power as the pathway to both achieving gender equality and combating climate change. Consequently, women’s rights activists and movements, women entrepreneurs and leaders, must have the necessary resources and capacities to lead, participate, and benefit from climate change policies and programming, including climate funding and a gender-responsive energy transition.

Hivos views the climate crisis as a political, social and ethical issue, rather than a purely environmental one. We believe that justice, equity and human rights must be at the core of any effective global climate action. This is why our GEDI approach is uniquely suited for just climate action. It recognizes that there are multiple and intersecting forms of systemic discrimination, amongst which those caused by climate change, that severely impact people whose lives are already marked by structural inequalities. As we further integrate GEDI in climate policy and practice, we are committed to ensuring that global climate action deliberately includes an intersectional approach. This means: acknowledging the root causes of inequality and addressing power imbalances to achieve gender equality and accelerate progress in mitigating climate change and adapting to it.

Based on our experiences from programs such as Women Empowered for Leadership, we also know that women need the space, public support, financial resources and skills to increase their leadership impact. Furthermore, we want to ensure that gender is integrated and sex-disaggregated at each level of our results measurement framework in all our impact areas. We therefore plan to use our track-record and data from GEDI-related programs, our networks, and our investments to further strengthen and integrate GEDI objectives in climate policy and practice.

1. Working in partnership to innovate and scale-up solutions

Hivos and ENERGIA have built a bridge between gender and energy through multi-actor initiatives. Over the last 25 years, ENERGIA has supported and trained more than 8,000 women entrepreneurs in the clean energy sector. Relying on the productive use of energy, we have provided almost four million people in last-mile communities in Africa and Asia with access to affordable energy. Now, combining ENERGIA’s model and our innovative and scalable solutions, we are embarking on a new journey to help increase gender equality, political participation and the socioeconomic empowerment of women in Latin America using access to clean energy as an entry point. This new initiative is based on an earlier exploratory exercise.

The Hivos Solidarity Fund continues to support existing grantees, especially female entrepreneurs, in reducing the impact of Covid-19 on their business and adapting to new circumstances. We hope that Fund will further promote digital innovation that boosts women-owned businesses and employment, but also supports livelihoods and financial safety nets in relation to productive uses of energy. We now have the momentum, but we need to attract other potential investors willing to invest with a gender lens to address exiting barriers (e.g. access to capital, leadership positions, and time spent in unpaid care) by supporting women’s entrepreneurship and political representation in the energy sector.

Our Amazon region programs, for example All Eyes on the Amazon supports Indigenous Peoples and local communities in their fight against deforestation using state of the art technology such as drones and satellites combined with local knowledge. The aim is to detect and record uncontrolled logging, pollution, and human rights violations. The program has not only rallied young people to defend the Amazon, but also to use the program’s platform to celebrate their identity and culture, as shown in this publication.

In the MENA region, the GreenWorks program, implemented by an alliance led by Hivos, contributes to climate change mitigation by creating sustainable business and job opportunities for more than 9000 young women and men in the green economy. The program enables social enterprises operating in the green economy to scale their businesses and create new jobs in North Africa. In recognition of the significance of employment and accompanying skills needed by women and girls for future green economies, it is critical that Hivos programs pay attention to supporting gender-responsive business environment and value chains. This could include providing dedicated gender expertise – both technical and financial support – and working with our partners to improve women’s workforce participation through the implementation of female-friendly workplace policies.

Our Voices for Just Climate Action program’s overall ambition is to ensure that local civil society and underrepresented groups have a central role as creators, facilitators and advocates of innovative climate solutions. In collaboration with COIAB, Hivos is working with Indigenous women leaders in the Amazon region to increase their participation at international forums and climate negotiations where plenary meetings are mainly dominated by men. The women receive various types of training, and specifically English and Spanish lessons because language is a major barrier to their policy influencing and networking activities. A photobook – Without indigenous women, there’s no future – captures the experiences and aspirations of Indigenous women leaders participating in some of our interventions.

Besides our work focusing on Indigenous youth leadership in climate action, Hivos and our partners are implementing a new program, Energizing Equality and Women’s Power in Central America (2022-2025). The program aims to address the gender equality and socio-economic empowerment of women living in isolated rural areas of Guatemala, Honduras, and El Salvador. Specifically, this program will focus on rural women’s engagement in public leadership and decision-making related to the productive use of renewable energy. This work builds on our existing women’s leadership and political participation work: She Leads. It shows that leveraging existing resources, knowledge and partnerships while generating new context specific strategies is possible.

3. Getting on the global stage

Finally, something else we can do is use the platform of the sixty-sixth session of the Commission on the Status of Women (CSW66) to call on governments, and our partners and allies, to join our efforts to: 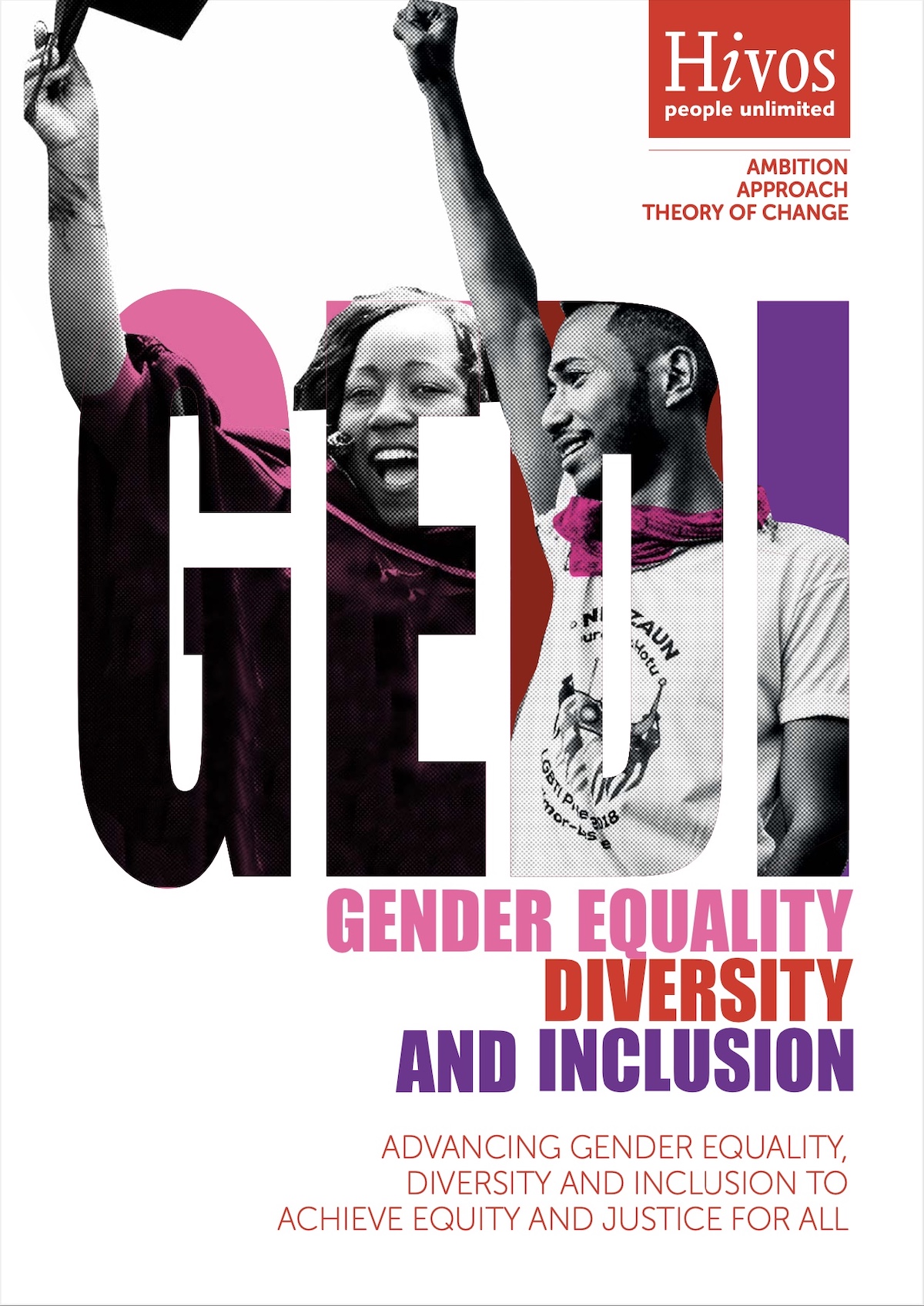 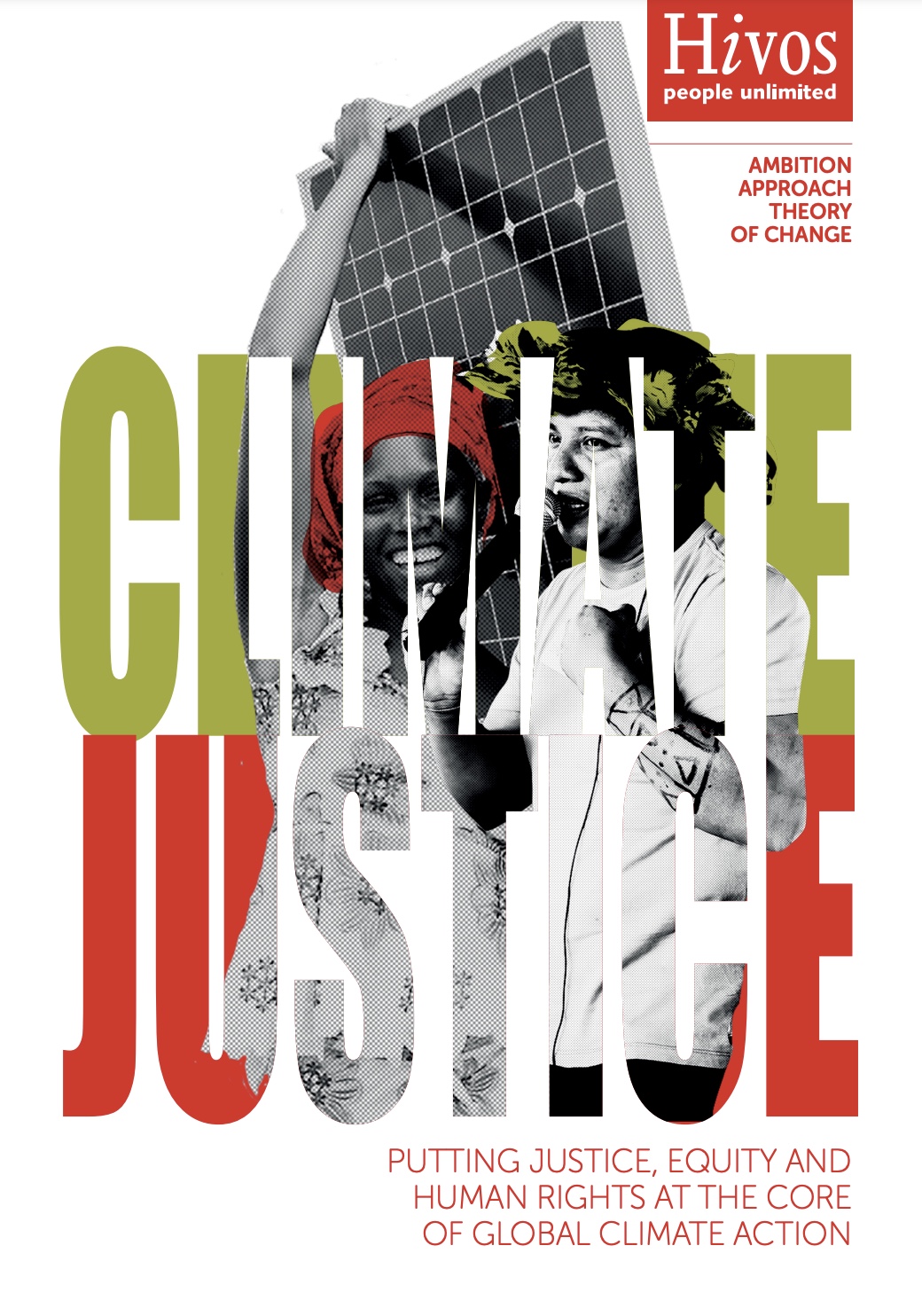