One million. One million plant and animal species are potentially under threat of extinction because of human activities, especially thanks to our ever-expanding hunger for food and energy. This development is part of a wider trend. Since the 1900s, some 75 percent of plant genetic diversity has been lost due to human activity. The conclusions of the recently published Global Assessment Report of the UN Intergovernmental Science-Policy Platform on Biodiversity and Ecosystem Services (IPBES) are loud and clear: to safeguard the planet’s biodiversity, radical and “transformative” change is needed in every aspect of how humans interact with nature.

Biodiversity and related ecosystems are the fundaments on which our societies are built. Everything we produce, use or eat stems from our natural environment. While the message is very alarming, Hivos believes that humans are capable of turning the tide of environmental destruction. It is clear by now that we do need to radically change our consumption and production patterns. And that responsibility for developing a sustainable and harmonious relation to our natural environment lies with producers and consumers, governments and the private sector.

Although the IPBES report’s recommendations are many and diffuse, there are some very clear entry points to “fix” the broken system.  Particularly, the ways we consume and produce food have a major impact on nature and the environment and thus need to change.

First of all, agriculture has to move away from a mere production-oriented focus, using monocultures to mass produce a few commodity crops, toward a model that embraces diversity as a guiding principle, intertwining nature and food production. For example, agroecology and agroforestry are ways to produce food that both promote biodiversity – e.g. soil life and pollinating insects – as well as agrobiodiversity – the production of different crops and plant varieties and animal breeds – while yielding good harvests.

We must curb destructive and unhealthy consumption patterns

Secondly, we must curb destructive and unhealthy consumption patterns. In both developed and developing countries, unhealthy and unsustainably produced food is unfortunately still the cheapest option. The current food system promotes crops and foods that are calorie dense, but nutrient poor. This should be the other way around. A way to do this would be to tax unhealthy food, while stimulating the consumption of nutritious food like fruits and vegetables.

We can put an end to further species loss and deforestation by not allowing beef, soy and palm oil industries to further expand into precious biodiverse areas like the Amazon and other tropical rainforests. Pasture and arable land dedicated to the production of feed represents almost eighty percent of the total agricultural land, which shows to what extent a global transition to more plant-based diets is needed.

Thirdly, people and their communities have an obvious role to play in “fixing the food system” and in doing so, reconciling our relationship with nature. Many species have disappeared when farming communities lost their ability to determine which species and varieties to grow. Local, rural (farmer) communities, who often still maintain a strong relationship with their natural surroundings, deserve support in managing a resilient and diverse food production system that considers nature an ally in producing food. Consumers, on the other hand, must be better informed by governments about their food choices so they can make a difference by purchasing locally and seasonally produced food.

For all of the above to happen, Hivos calls upon governments, the private sector, and donor and financial institutions to accelerate the transformative change that the IPBES report calls for. Our relationship with nature has to change radically to prevent further erosion of the very life support systems ecosystems provide. Banks and other financial institutions need to shift their investment portfolios to nature-based solutions. Governments must adopt more integrated policies that discourage the exploitative use of resources to produce food, stop subsidies on fossil fuels and promote a food system based on the principles of diversity and circularity.

One way to achieve this is by applying the method of true cost accounting. Food and commodity market prices should reflect external costs like soil degradation, water and air pollution, biodiversity loss, climate change and labor exploitation that are currently passed on to communities, the environment and future generations.

Clearly, we need to turn many tides to realize this transformation. People, their communities and representatives have a key role to play in restoring our relationship with nature and reversing the course of biodiversity loss. They therefore need to be empowered. This is at the basis of Hivos’ mission to work toward inclusive and green societies. 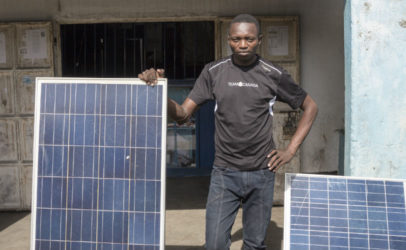 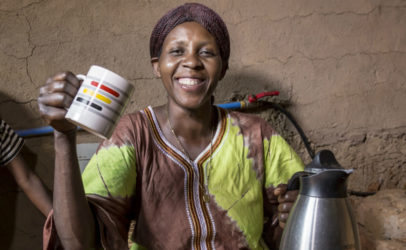 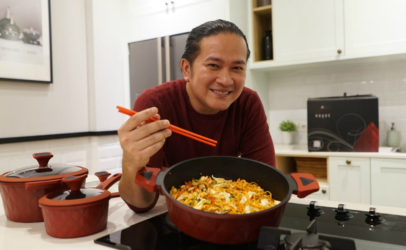 Hivos in the kitchen with popular Indonesian TV chefs 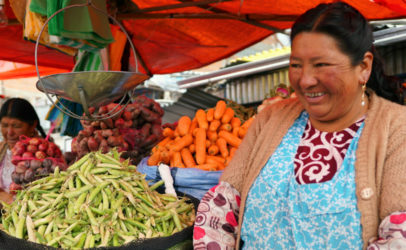 Good food for the people and the planet 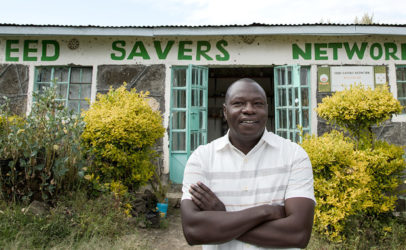