Hivos > News and Views > “Without the jungle, our lives are over”

How indigenous communities in Ecuador fight to preserve the Amazon rainforest

The Amazon is under serious threat. Although it produces 20 percent of the oxygen we breathe, the rainforest is being taken over and destroyed for economic gain. In Ecuador, indigenous peoples’ lands are seen by corporations and governments as profitable areas to be exploited for oil, wood, agriculture and palm oil plantations. Their invasions pose serious harm to the forest itself and endanger the people who live there. But these communities are fighting back.

Hernan: protector of the rainforest

Hernan Payaguage is executive director of Alianza Ceibo, one of the partners of Hivos’ All Eyes on the Amazon program in Ecuador with Greenpeace. We work with indigenous leaders like Hernan to preserve the Amazon rainforest by providing technologies to monitor illegal activities and offering support for legal actions and campaigns.

They gave us presents and food, so I had no idea what harm they were doing to our land.

Hernan, a young leader from the Secoya indigenous community, has fully committed himself to the fight to protect his land. In a calm and confident tone, he explains how he got there.

“When I was a kid, the oil companies had already started invading our territories. They gave us presents and food, so I had no idea what harm they were doing to our land. But my grandparents, who raised me, taught me that we shouldn’t give these companies access to our lands. They explained to me that they would destroy our nature, our culture, and our traditions,” says Hernan.

Hernan’s grandparents were right. In recent years, the oil companies have been steadily encroaching on the oil-rich indigenous territories. As Ecuador is experiencing slow economic growth at the moment, the government is encouraging investments in the oil industry.

“On paper, it looks like our environment and our communities are protected by law. But this is often not the case in reality. The government sees us as an obstacle to Ecuador’s economic development, and so they don’t protect us,” says Hernan.

A tragedy in the community

Because government protection is lacking, Hernan and his people have taken matters into their own hands. A large oil spill in his area was what triggered Hernan to lead his community’s efforts.

“A few years ago, the oil companies spilled crude oil into our water, but didn’t inform us,” says Hernan agitatedly. “We drank the water, and used it to make cement for our houses. We were shocked to find out many people from different indigenous communities had been poisoned. Some even died. That was the moment when I thought: enough is enough.”

United for one cause

As a result, Hernan and five other community members set up Alianza Ceibo. Their goal at the time was to collect evidence of the damage done by oil companies to indigenous lands and people, and then take this evidence to court. In seven years’ time, the alliance grew into a professional organization involving sixty people. Alianza Ceibo brings together four different indigenous nationalities from Ecuador who have joined forces to form a stronger movement against the destruction of their territories.

“We have one cause and one common goal. We all experience the same threats, so we put our differences aside and started working together,” adds Hernan. 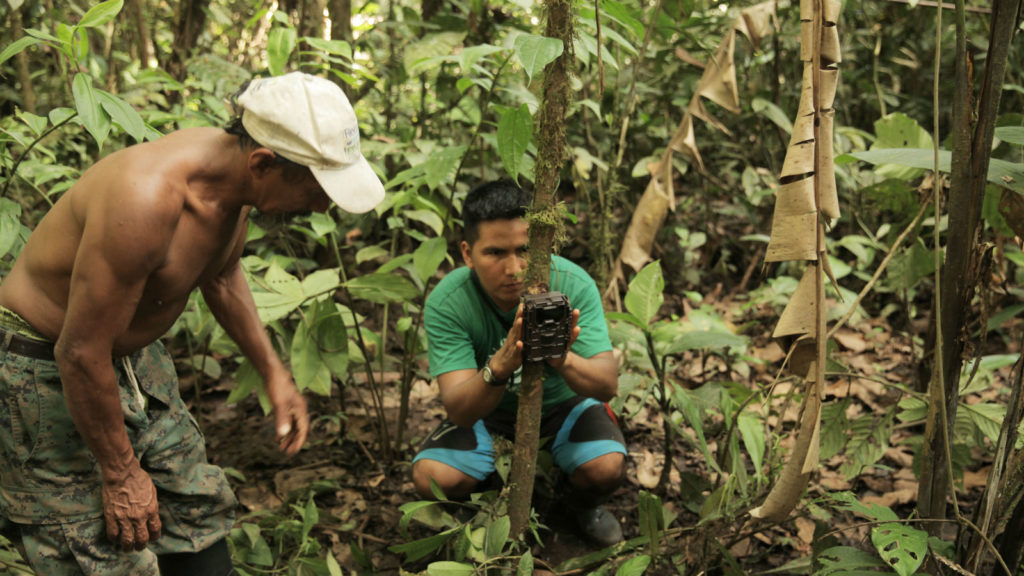 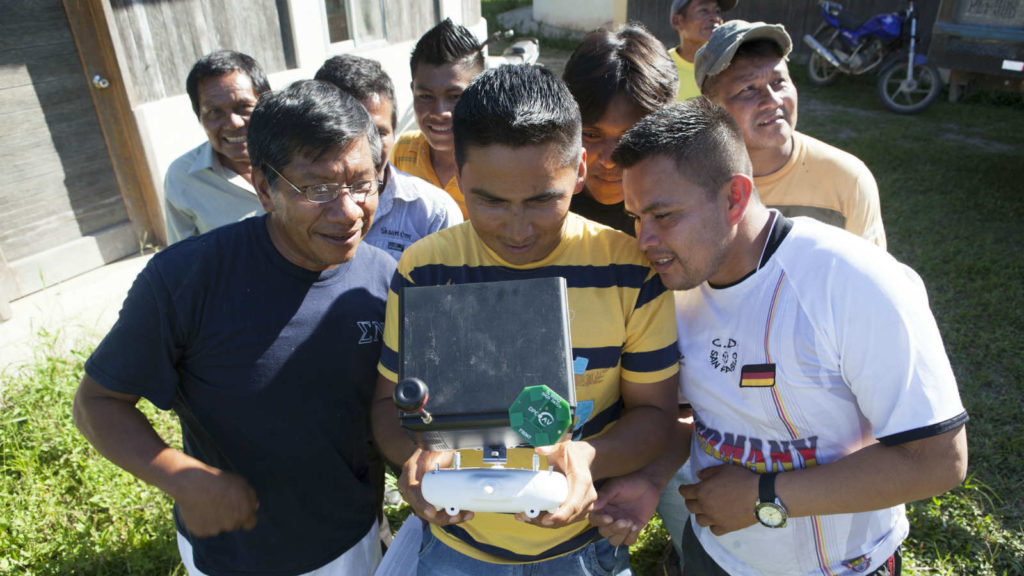 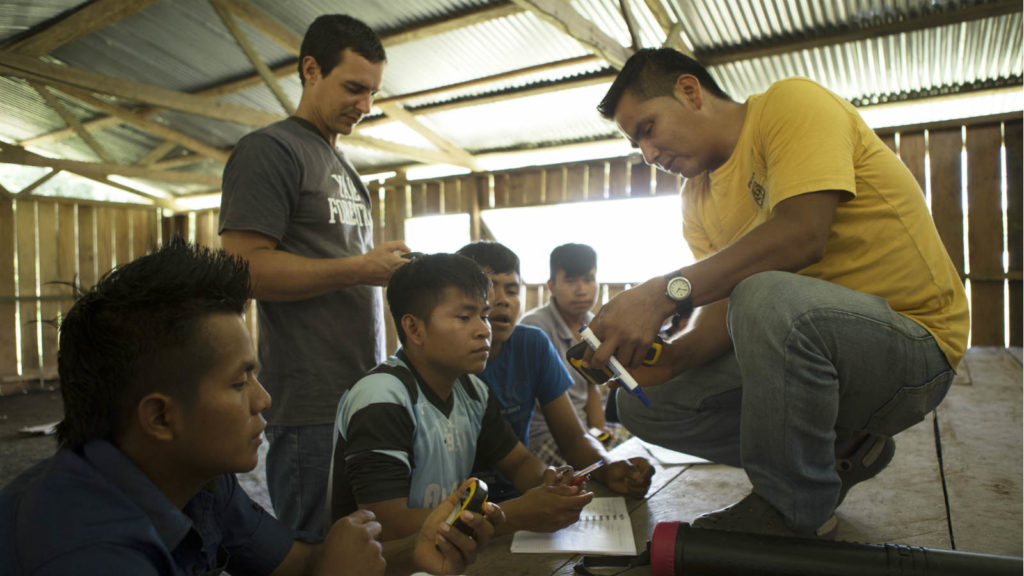 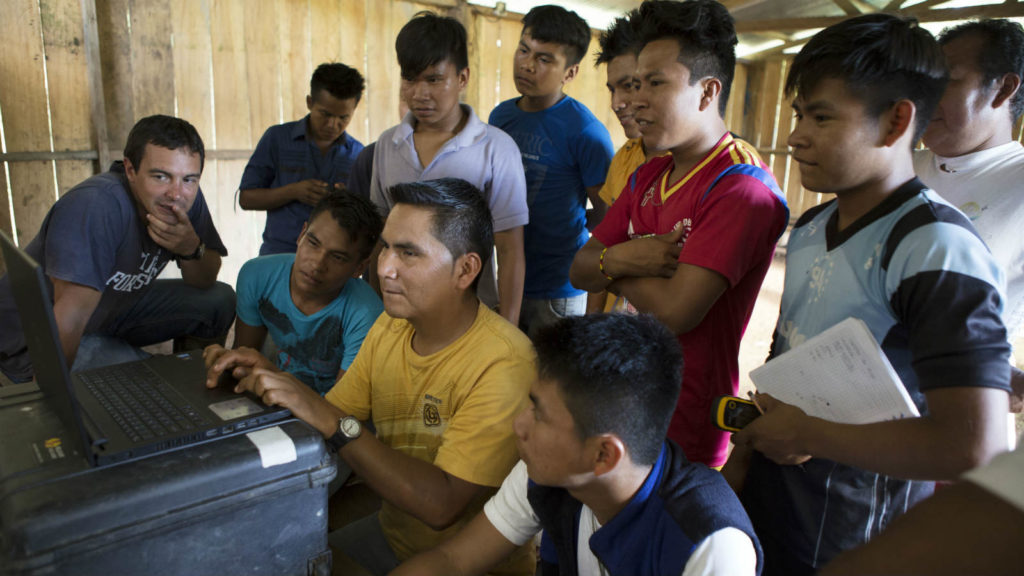 X
Hernan and his community use digital tools to collect evidence of the damage done to the Amazon rainforest. Photos courtesy of Alianza Ceibo

The efforts of the organization are paying off. Alianza Ceibo started to work with the Waorani communities in mapping their territory. “We combined technology with local knowledge.” The Waorani people took the evidence collected to court to demand a halt on oil drilling by government-sanctioned and private companies. On April 26, 2019, a historic ruling put a stop to oil exploration on seven million acres of land in the Amazon. The Waorani also won the subsequent appeal. Now, the court’s final ruling states very clearly that their belongs to them and their forest is not for sale.

Without our territory we are nothing.

“Winning the lawsuit was a very important step forward in the battle for our rights. We finally got some recognition from the state for our cause.”

Strengthening the communities of the rainforest

Right now, Hivos and its partners work with Alianza Ceibo to share their successes with other indigenous organizations in the Amazon who face the same threats. At the same time, Alianza Ceibo is exploring other ways to protect and develop their territory. Renewable energy sources have been installed and rain water is being collected for drinking water. They are also examining if chocolate can be sustainably produced and if eco-tourism can be developed. All these activities would make the communities stronger and less vulnerable targets of the oil companies.

Ultimately, Hernan’s goal is to keep the history of his community alive.

“Our territory is our everything. Our food, our water, our medicine, our market, our history, our home. Without our territory we are nothing. And that is worth fighting for.”

Together with Hernan, we continue the fight to protect the Amazon rainforest. And you can contribute by sharing this story on social media using the icons below!