Stemming from its belief in the importance of honoring women working in the educational sector for the fundamental role they play in raising gender-aware generations, Solidarity Is Global Institute (SIGI) organized the Zainab Conference at The University of Jordan in Amman in partnership with Hivos and the support of the MOFA of the Netherlands, in cooperation with the Center for Women’s Studies at the University.

To begin with, it is only fair here to explain who Zainab Abu Ghanimah was, as this will highlight why the event was named after her and contribute to honoring this prominent Jordanian teacher who was born in the early 1900s – an era during which women were solely meant to get married and remain home at the service of their families. Abu Ghanimah, supported by both her mother and father, not only chose to pursue her education but also travelled to Damascus for that sake. After getting married, and on account of a law that prohibited married women from working, she had to quit her job. However, she and other females from her community stood up against injustice by organizing themselves and founding feminist associations in 1945 in her native Irbid. The results of their activities came ten years later, when the oppressive legislation was finally amended and married women regained their right to work. Consequently, Abu Ghanimah was capable of pursuing her career in education, before dedicating herself to voluntary work. We cannot but realize that her life at the time was quite unconventional and rebellious, and this is why she remains an inspiration to all of us, in 2019, when – shamefully – so many laws and customs still discriminate towards women. 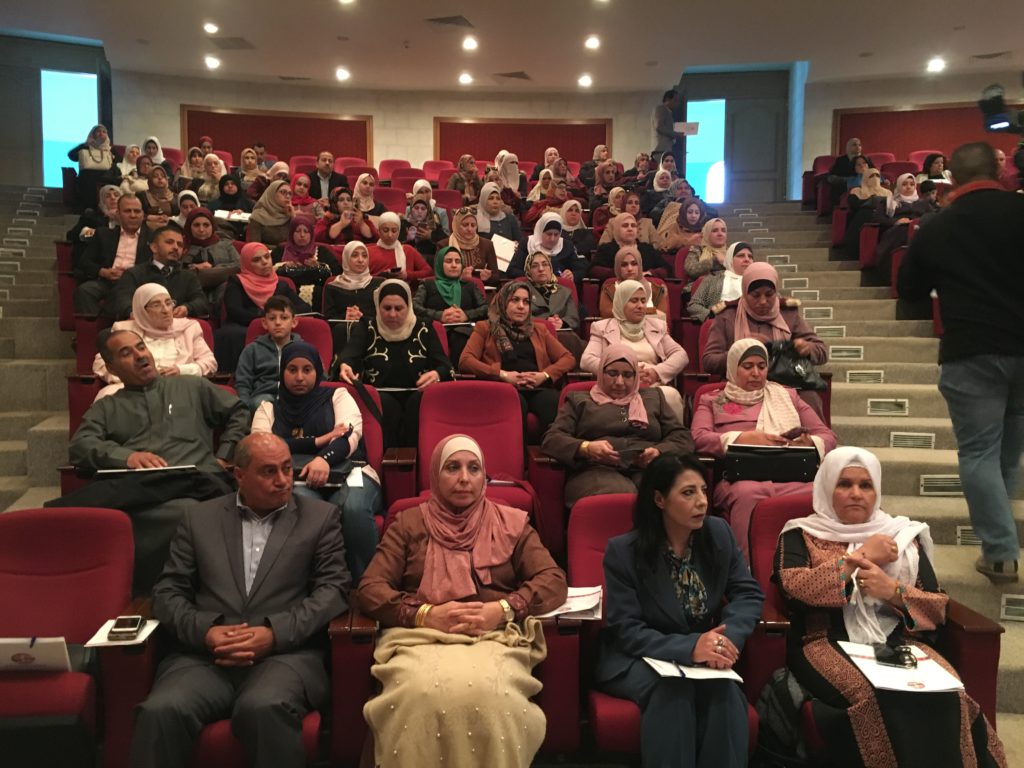 As statistics clearly show, females constitute the majority of teachers in Jordanian schools, with respectively 66.7 % of educators in primary education and 64.8 % in secondary education. Yet, their level of representation in the Teachers’ Syndicate is very low, and sadly nil in the Jordanian Teachers Syndicate Council for the second consecutive year. Moreover, women face a number of challenges throughout their teaching career, such as the gender pay gap and the absence of nurseries for their babies. In that context, three teachers Jameela Al-Awaklah, Nouheil Al-Eidi and Fayza Khater shared live testimonies with the audience, highlighting the difficulties they face as teachers – such as the lack of proper transportation, which means that sometimes they had to share the bus of phosphate workers, arrive very early or close the institution in case its only vehicle broke down. The interesting part is that commuting to school remains an issue in many rural areas in the Kingdom, which not only affects teachers but also students and leads to larger numbers of school drop-outs.

Nonetheless, the biggest challenge remains in the Jordanian educational curriculum, which needs to become gender sensitive. In that regard, the Ministry of Education is implementing the Strategy for Mainstreaming Gender Equality in Education 2018-2022. The goal is to offer quality education to both girls and boys, as part of their basic human rights. In that framework, Kafa Akroush, from the Ministry of Education, explained that “the target is to train curriculum developers on how to draft gender-sensitive teaching material, and provide training for new teachers on gender”. The long-term objective is to change the traditional perception of gender in the mindset of teachers in order to enable them to transmit proper gender-sensitive knowledge to their students.

Some of the participants in the Conference underlined that “the Ministry of Education will face many challenges while trying to achieve its goals” as it is not easy to implement such a change. Also, they expressed a wish, which is “appointing a woman Minister of Education in Jordan” – as the position was solely for males so far – and it is about time this changes with everybody’s efforts. 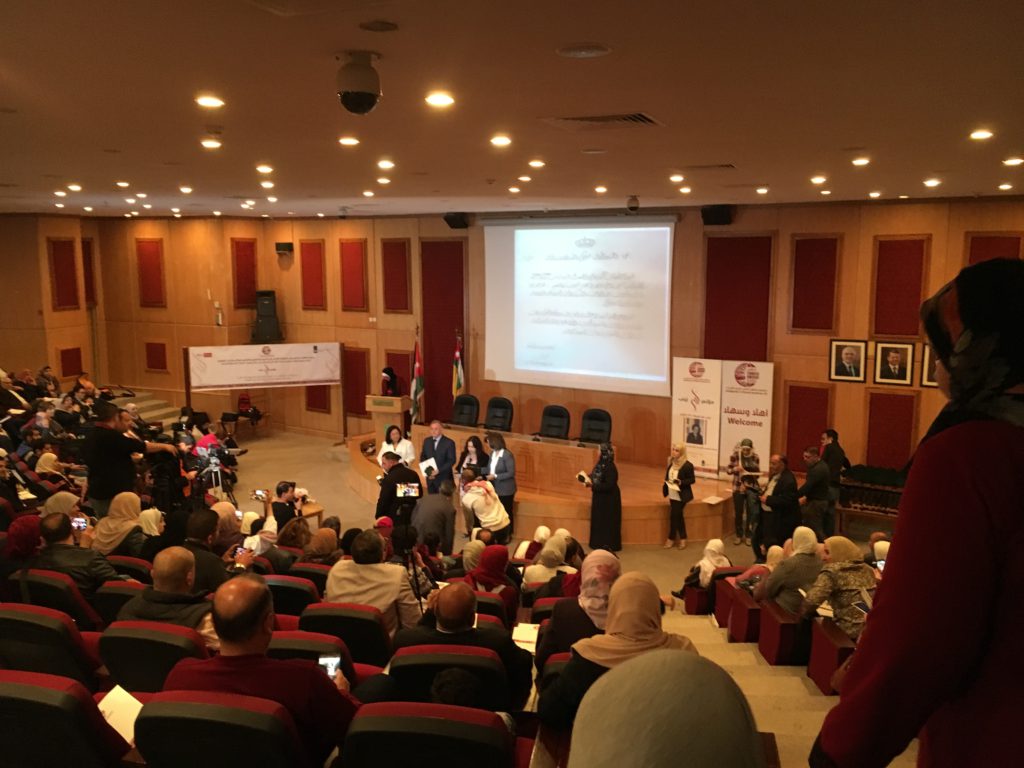 In parallel, Dr. Abeer Dababneh, from the Center for Women’s Studies at the University of Jordan, summarized what was needed to move forward. In her opinion, there should be a closer cooperation between the civil society and public institutions in regards to gender mainstreaming in schools. Moreover, “a special attention should be given to teachers and what information they share with their students on gender because of the huge influence they have on children, which may often be more important than that of their parents”.

Where do we stand? Such conferences, as well as the Strategy for Mainstreaming Gender Equality in Education 2018-2022, represent a great opportunity to make a change by joining the efforts of both the public and private sectors. We at Hivos consider education a gateway to gender roles in the sense that what the youth learn at school will be implemented later on in their lives. This means that if the new generation is raised on gender equality and on nurturing female leadership in different sectors, these will become a reality in the future. Furthermore, we believe that females should be encouraged to embrace various specializations, especially those that are commonly considered as male territory. The change process will take time and effort but it is definitely worth it!