During the 2018 Women Empowered for Leadership (WE4L) Linking and Learning event organized by Hivos in October, Nisreen Haj Ahmad – co-founder and co-director of Ahel – chose to share four different examples of leadership through storytelling. 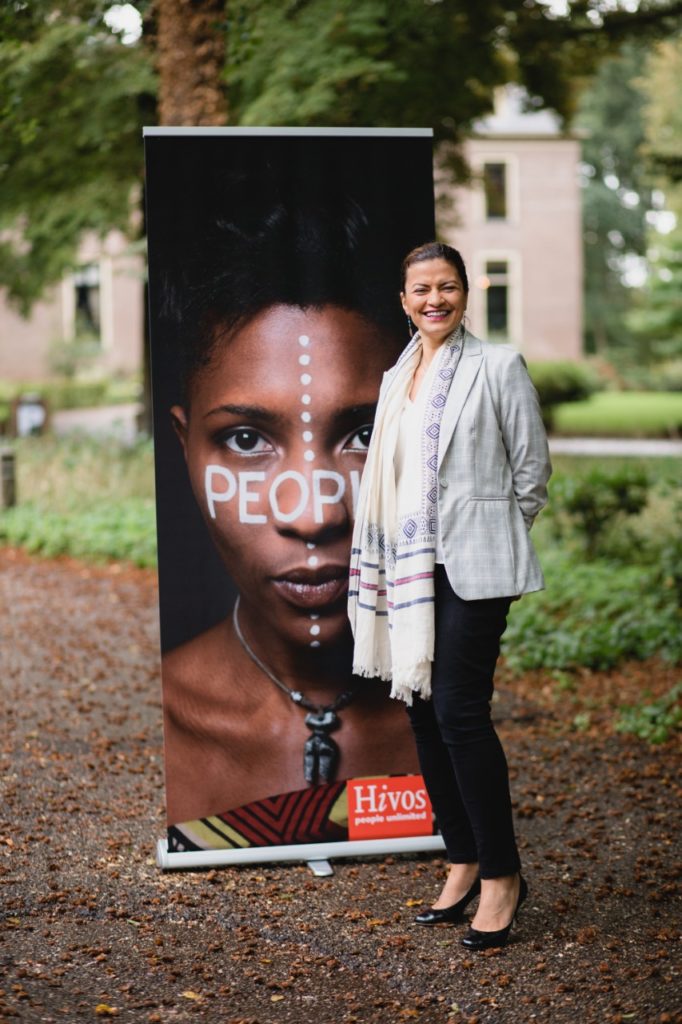 The first story was that of a teacher – paid below the minimum wage – who decided to stand for herself by organizing a strike with 20 other teachers. After eventually getting fired – but succeeding in securing the minimum wage for her colleagues – the teacher met Nariman, who introduced her to the Stand Up With the Teachers’ campaign. The moment in which this woman opted to speak up and tell her story, she chose leadership. In other terms, it was the decision she made to narrate her plight that propelled her forward. Instead of being an object in her story, she became a subject – active versus passive – sharing her narratives with other teachers as well as representatives of the inspection department of the Ministry of Labor, thus making an impact on decision-makers.

The second narrative was that of a Palestinian Druze woman, Maisan, who chose to tell her story in a recruitment workshop in front of 49 persons who had previously heard about the Druze Refuse campaign. By speaking up, she allowed other people to identify themselves with her story and realize that they share the same collective identity, and consequently feel at ease to share their narratives as well and take action together.

The third story was that of mobilizing collective action through storytelling. Khawla, a daily worker in an okra field, was not paid her daily wages by her employer. After promises were not kept, she had to rebel and successfully forced the landowner to pay her dues. This incident pushed her to organize a house meeting to hear the stories of 14 other agriculturers, who listened to hers as well. Resulting from the shared narratives, she and her peers found a common ground and decided to take action.

Finally, the fourth story was that of a man, making it even more interesting. He and his four siblings were raised by their divorced mother who chose to give up on all her rights in order to secure the custody of her children after 20 years of marriage. This is the story of a woman who became the role model of her son after having to start all over from scratch, establishing the first Events Photography company in Mafraq. What makes it interesting is the fact that it was told by her son in front of 100 youth, paving the way for other youngsters to share similar stories about their mothers they would be afraid – or perhaps embarrassed – to share in other settings.

In conclusion, storytelling is an act of leadership in itself. Marshall Ganz and Elizabeth Mcenna defined it as follows “stories enable social movement leaders and participants to share the emotional experience of the values that drive the movement, articulated in a narrative form: a journey from an old world into a new one and, often, an old identity into a new one. As such, they offer access to individual and collective emotional resources needed to enable to exercise of agency in the face of threat”.