Human rights activists regularly face physical threats, but they are also attacked online by governments and religious organizations, amongst others. To find out more, the Dutch fundraising magazine Vakblad fondsenwerving spoke to Frerieke van Bree of the Digital Defenders Partnership (DDP), hosted by Hivos, and Guus van Zwoll of the Dutch Ministry of Foreign Affairs (MFA), which funds DDP. This translation is a shorter version of the original interview by Petra Hoogerwerf.

How many human rights activists are attacked?

Van Zwoll (MFA): The 2021 Global Analysis report by Front Line Defenders says that in the same year 358 human rights activists were murdered in 35 countries. In addition to murders and (online) threats, activists and rights defenders often face legal prosecutions or are accused of tax fraud so they don’t have any time left for activism. (See also www.rsf.org/en/index)

Van Bree (Hivos): In many different ways – by censorship, digital intimidation or surveillance. Hackers from repressive governments or religious organizations use surveillance software against them. For example, Pegasus. That’s software installed on a telephone or computer to spy on e-mails and text messages. It’s mainly activists and human rights defenders who fall victim to this. Websites of critical and independent media get taken down. And during elections, authoritarian governments take media accounts offline and spread disinformation.

What do you see happening in the war on Ukraine?

Van Bree (Hivos): Activists are victims of disinformation, especially in areas under Russian control. Social media accounts have been taken down and used as justification for torture. Our local team members tell us that LGBTQI+ activists who provide medical assistance to war victims have been physically attacked. What Russia also does a lot is set up fake social media accounts so they can quickly influence public opinion and debate. It’s shocking that so little attention is being paid to this.

In general, is it a combination of physical and digital attacks?

Van Bree (Hivos): Besides digital threats, you also have physical threats on the street or in the office. In Tanzania, for example, they put pressure on LBGTIQ+ people by calling them terrorists. They put them on a death list and post their names on social media. You’re effectively outlawed and that can result in your death. In Turkey in 2017, ten people were arrested during a DDP training. All their cell phones and computers were seized, examined and presented as evidence to charge them as terrorists. They were in prison for four months. Two trainers were from Germany and Sweden. Their cases were escalated to high political levels, so Turkey eventually let them leave.

What is the policy of the Ministry of Foreign Affairs?

Van Zwoll (MFA): Our diplomatic relations focus on international law and regulations developed at the UN and the Human Rights Council in Geneva. But we see that real change takes place locally. Human rights activists must be able to work safely and freely within existing legal systems. So we fund projects that can make a practical contribution to this and ensure that the struggle continues locally. We think an active civil society is very important.

Ten years ago we saw the need for an organization that focused on digital rights and the danger of digital threats. So together with the US, we established the Freedom Online Coalition in 2012. Our idea was that all human rights should apply both online and offline. The coalition then set up the Digital Defenders Partnership to tackle this in a practical way. Now six other countries besides the Netherlands provide financial support to DDP, like the US, Denmark and Sweden.

What does DDP do?

Van Bree (Hivos): DDP supports human rights activists, bloggers, and small NGOs experiencing digital security challenges or threats. We address protection and safety issues in a holistic way, including secure hosting, using encryption, staff well-being, physical security and secure online communication. Think of an organization in the Amazon with little digital experience. We teach them how to set up digital operations and keep their data safe.

Our networks in Africa, Asia, Eastern Europe, and Latin America are made up of consultants we train ourselves and partnerships we have with other organizations. They analyze the issues faced, identify the best solutions, and train activists and NGOs accordingly. DDP’s Emergency fund gives small grants of under 10,000 euros and larger grants of up to 50,000 euros to these regional partners. But what we do is still just drops in a bucket.

How is DDP funded?

Van Bree (Hivos): By the seven Freedom Online Coalition countries and by public funds from Hivos. We don’t accept funding from Google or Facebook (Meta). When pressed, these platforms hand over human rights activists’ data to repressive regimes, putting the activists in danger.

What kind of support does the MFA provide?

Van Zwoll (MFA): We have a forty million euro subsidy framework for the safety of human rights defenders and journalists. We focus on them because it’s precisely the people fighting for human rights locally who are increasingly at risk. We now see security holistically: it involves physical and online safety and the psychological well-being of activists. We also allocate more funds for human rights through our embassies. That makes it easier to see which organizations defend and promote human rights most effectively in the countries concerned.

How do you see the future?

Van Bree (Hivos): I’m saddened to see that threats to human rights activists are only increasing. Authoritarian regimes are gaining footholds in more and more countries, including in Europe. Take Poland’s attitude towards LGBTIQ+ people. But what makes me hopeful is that digital channels offer so many options for connecting and collaborating. There are lots of open source alternatives we can use to make data and technology available for the greater good. For example, the open source channel Signal is run by an NGO that works on the basis of individual contributions. I myself have switched completely to Signal and no longer use WhatsApp and Facebook. 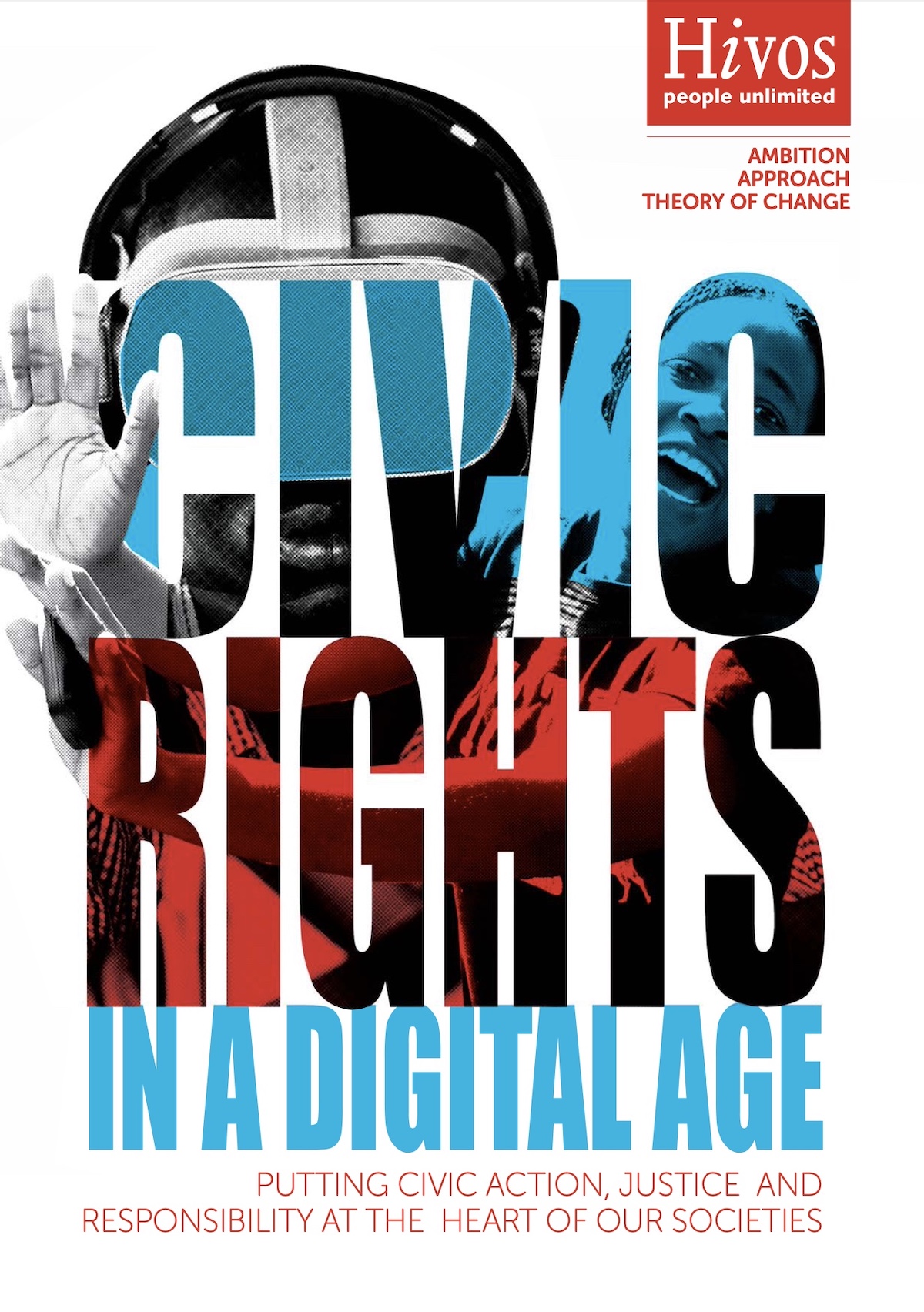