Hivos partner pressured to shut down LGBTI conference in Lebanon

On September 29 2018, Lebanese General Security forces attempted to shut down a conference organized by the Arab Foundation of Freedom and Equality (AFE), a Hivos partner that advocates for human and gender rights.

The ‘Networking, Exchange, Development, Wellness and Achievements’ (NEDWA) conference aims to promote recognition and respect for sexuality, gender, and bodily rights in the Middle East and North Africa (MENA). This 6th edition brought together over 100 regional activists from 12 countries.

General Security officers arrived on the third day of the conference to investigate a complaint on Facebook by the Association of Muslim Scholars in Lebanon urging the organizers be arrested and the conference cancelled for “inciting immorality.”

Executive Director Georges Azzi refused to cancel NEDWA out of concern for shrinking civic space in Lebanon and increasing limits on freedom of expression. “This is not just about LGBT rights, but human rights in general,” he stated. Upon his refusal, the officers had the conference shut down by the hotel management. Despite this intimidation, NEDWA managed to move to another hotel where the participants continued networking, exchanging their practical experience and insights, and developing strategies to further push for solidarity and equality.

Myra Abdallah, director of AFE’s Gender and Body Rights Media Center, explained the importance of the conference. “Our region has special characteristics, and we can’t advocate by the book. These meetings provide a safe space for discussion and advocacy where we can share best practices and experiences to build more influential strategies.”

Despite operating in the face of growing conservatism and within a volatile society, AFE has steadfastly encouraged and supported different movements in the MENA region that call for gender equality, bodily rights, and non-discrimination based on sexuality.

In fact, the incident with AFE marked just the latest government interference with gender and sexuality rights events, often triggered by conservative religious groups. In May 2018, Internal Security Forces detained a Beirut pride parade organizer overnight and forced him to cancel the remaining events associated with the celebratory week. In August 2017, the General Security cancelled another workshop organized by AFE.

There’s no activism without risk. With every win, there will be backlash from anti-human rights currents.

Small victories in the face of growing conservatism

The LGBTI community, which Hivos supports through various brave organizations working in stressful and repressive environments, has also witnessed small victories over the years. Thanks to campaigns by these organizations, ever more Lebanese judges are liberally interpreting legal article no. 534 of the Lebanese penal code, which criminalizes sexual acts against the “laws of nature,” by ruling that homosexuality is legal.

AFE is also a partner of the Women’s Empowerment for Leadership (WE4L) program, supported by the Dutch foreign ministry’s FLOW fund. AFE and Hivos are currently working on a project aimed at combating sexual harassment in the workplace and spreading awareness on sexual consent.

“There’s no activism without risk. With every win, there will be backlash from anti-human rights currents,” said Azzi. “This is a normal path, and we count on support from our allies in the global community.”

Hivos stands by its partners, supporting their courageous initiatives to implement critical changes within their societies. In the MENA region, our support of the LGBTI community is funded partially by Hivos’ private donors and partially through funding provided by the Arcus Foundation. 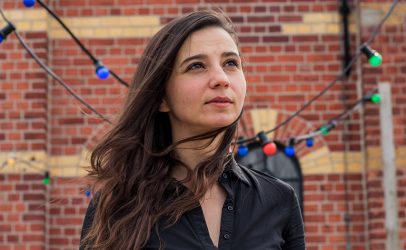 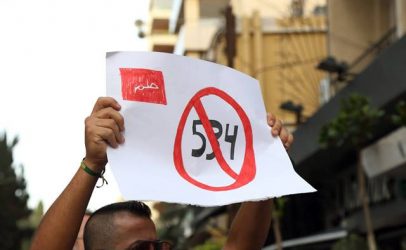